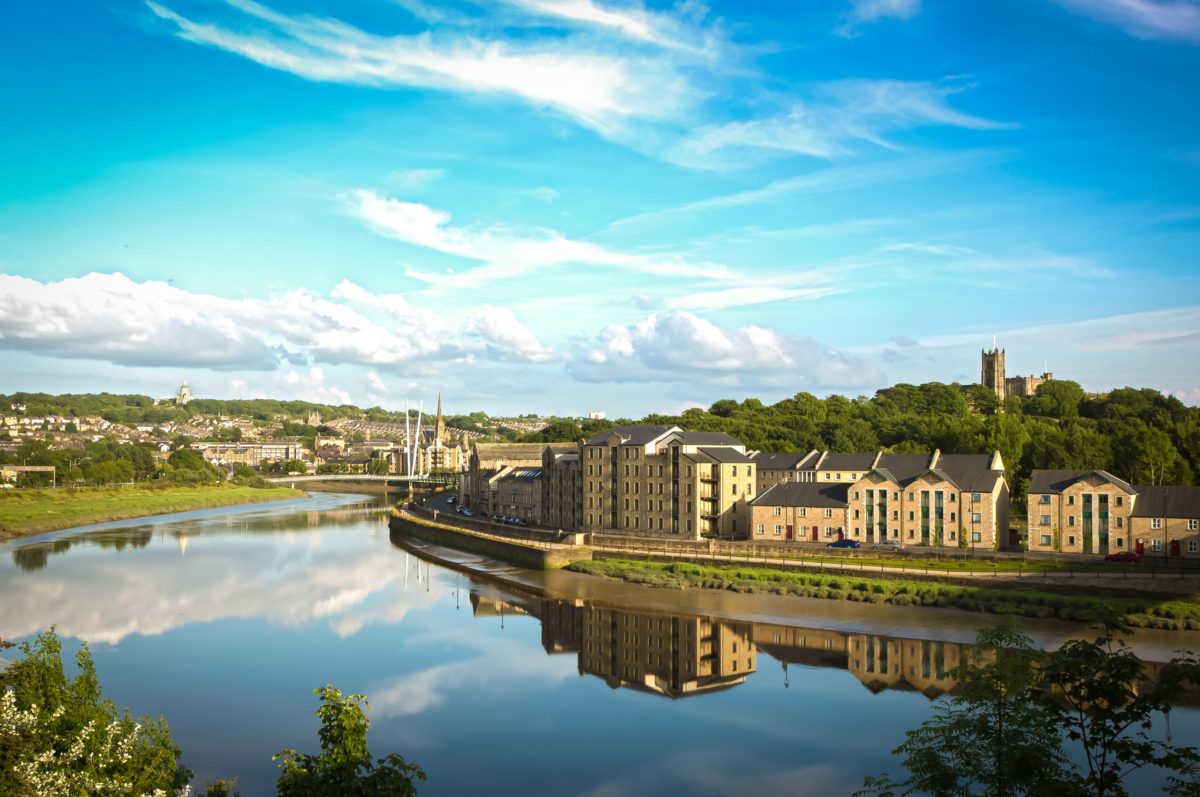 Whether your stay in Lancaster is long or short, it always pays to ask a local if you fancy visiting places away from the usual tourist trail.

A City With Surprises Around Every Corner!


While Lancaster Castle and Williamson Park are a must for first-time visitors, there are interesting gems to be discovered in the vicinity of both these popular attractions, if you know where they are.

And best placed to point you in the right direction are the knowledgeable staff at Lancaster Visitor Information Centre which is open Monday-Saturday, 10am-4pm in The Storey, just a stone’s throw from the railway station.

So here’s a guide to some of Lancaster’s quirkier attractions.

If you’re at the Visitor Information Centre anyway, there’s no excuse to miss the city’s best ‘secret’ gardens, a peaceful oasis in the centre of town accessed via The Storey or through the Castle Park entrance. http://www.storeygardens.org/

The Storey itself has a fascinating history with a gallery hosting regular exhibitions as well as a rare sculpture of Queen Victoria and Albert together.  Don’t miss the glorious stained glass window on the way to the gallery. https://www.lancaster.gov.uk/sites/the-storey

Stop for a coffee and cake afterwards at the tempting Printoom Cafe and Bar.

Lancaster’s newest attraction is inside one of its oldest (the Castle), and among its exhibits is the bath where notorious murderer, Buck Ruxton, dismembered his wife and maid in 1935. The investigation into the killings led to the birth of modern forensics. https://www.lancashirepolicemuseum.co.uk/

One of the most unusual places to stay in Lancaster, the Music Room, is owned by the Landmark Trust and is usually only open to the general public on Heritage Open Days in September.

It’s well worth a look even if you can’t go inside as The Music Room is one of the city’s architectural gems nestled in the corner of a pleasant square right in the city centre yet hidden from view.

Next door is a café operated by Atkinsons whose China Street shop, which has changed little since it opened in 1837, is yet another fascinating find, especially for tea and coffee lovers.

A stroll along the quay by the River Lune is like stepping back in time with its rows of old cottages, (one a little on the drunk side!), and its former warehouses leading to the beautiful historic customs house, now home to Lancaster Maritime Museum.

Once a hive of business activity, the quay also has a dark past acknowledged by Captured Africans, the city’s slave trade memorial.

Taking a walk or cycle from the city centre along the Millennium Riverside Path not only leads to Skerton Bridge, the country’s first flat-topped bridge, but also to another architectural marvel, the Lune Aqueduct.

Some first arrive at the Grade 1 listed Aqueduct by boat as it carries Lancaster’s ‘black and white’ Canal over the River Lune.

Another canalside attraction is Aldcliffe Triangle, a community garden and art space well worth the ten minute stroll from the city centre.

Lancaster boosts a nature reserve just a short walk from the city centre – at Fairfield – by name and by nature. Stroll along the fully accessible public footpath to take in a diversity of wildlife among its meadows, wetland and hedgerows.

Right Up Your Alley

Just off the city centre’s main thoroughfares are some delightful alleyways to explore…if you’re not too bashful!

Local legend has it that Bashful Alley owes its name to being a diversion for respectable young women who disliked walking past rowdy young men who used to hang around Market Street in the 1800s!

Some of Lancaster’s most popular independent shops can be found along Sir Simon’s Arcade, so called because it was once the location of Lancaster’s main coaching inn, the Sir Simon, named after Sir Simon Lovat, a Jacobite sympathiser.

Lancaster city centre’s compact nature is one of its great advantages but should you wish to partake of a little refreshment as you explore, there’s plenty of historic hostelries ready to provide a warm Lancashire welcome.

The Three Mariners, with its upstairs cellar, has a claim to be one of the city’s oldest pubs while the White Lion was said to be the last stop for the many poor souls ‘on the wagon’  to their execution – including the famous Pendle Witches.

Information on all these attractions and more is available at Lancaster Visitor Information Centre – so what are you waiting for?