Lancaster Then and Now 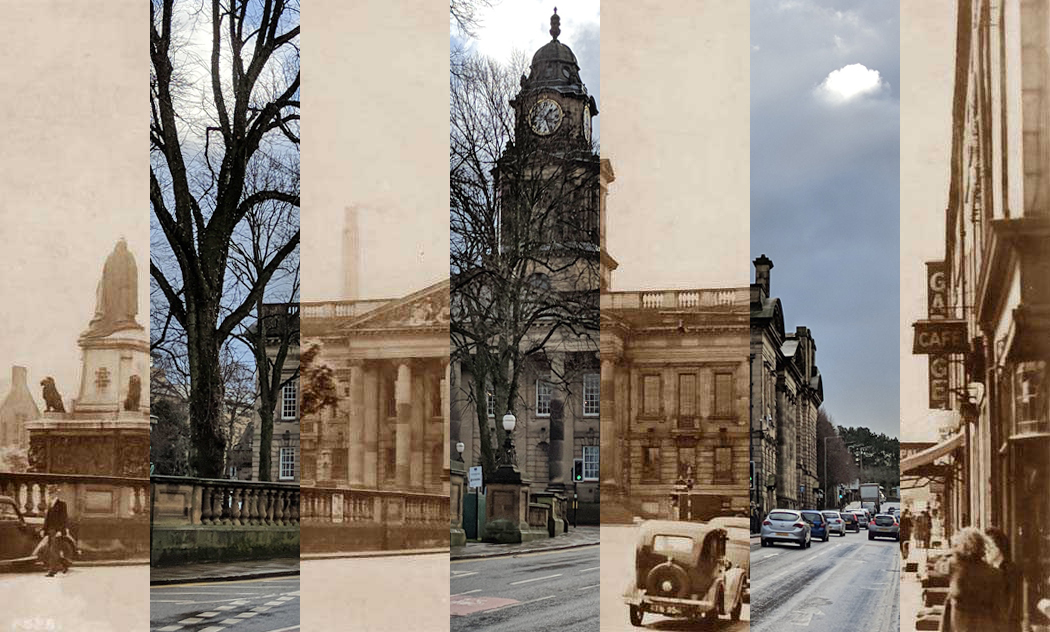 Lancaster Then and Now

Lancaster’s history is fascinating; as one of England’s Heritage Cities it will come as no surprise to learn that Lancaster has a long, rich history with much of it still surviving to this day!

We’ve put together a showcase of some of our favourite before-and-after shots of Lancaster through the years to highlight just what has changed, and the surprising amount that hasn’t.

Click on the images to see a full-res version!

Lancaster’s current town hall was commissioned to replace the original town hall, which was deemed too small and outdated to continue being used. The original town hall now houses the City Museum. The new town hall was financed by local business owner and philanthropist Lord Ashton, who officially opened the building on the 27th December 1909. Much of the stonework, furniture and carvings were undertaken by the local company Waring & Gillow. The building also contains a court room, which was used during the trial of the infamous double-murderer Buck Ruxton, who lived directly opposite.

The City Museum is housed in Lancaster’s former grade 2-listed town hall, an elegant Georgian building constructed in 1781-3 to the designs of Major Thomas Jarrett and Thomas Harrison. In 1910, the functions of the Town Hall were transferred to a new building in nearby Dalton Square, allowing the building to be converted into the City Museum in 1923, with collections illustrating the history and archaeology of the city of Lancaster. It is also home to the King’s Own Royal Regiment Museum, which tells the story of the King’s Own, or 4th Regiment of Foot, from 1680 to modern times including the First and Second World War. The King’s Own served all over the world and was involved in almost every major campaign, also serving in some of the small lesser known campaigns such as in Abyssinia (Ethiopia) in 1868. The Regiment’s association with Lancaster dates from 1880, when the regiment moved into purpose built accommodation at Bowerham Barracks, now St. Martin’s College.

Much older than Lancaster’s Town Hall (also pictured), the area known as Dalton Square was originally laid out by John Dalton in 1784, naming all the neighbouring streets after members of his family. A Dominican Friary once occupied the spot, for which very little evidence remains, aside from some street names (such as Friar’s Passage and Friar Street). At the same time the new Town Hall was being built in 1909, Lord Ashton also funded a complete renovation of the Dalton Square area and also paid for the statue of Queen Victoria which now sits at its centre.

This unassuming house, located on Lancaster’s historic Dalton Square, is arguably one of the most famous buildings in the city, once being home to the infamous doctor Buck Ruxton, who established both his medical practice and his family home at this address in 1930. In 1935, Buck Ruxton murdered both his wife and their housekeeper and was only caught due to their bodies being discovered with a newspaper only printed in nearby Morecambe. You can learn more about Buck Ruxton here. The building is now home to City Council offices and is where the photo of Dalton Square above was taken from. The building is allegedly haunted by the spirits of Mrs Ruxton and Mary Jane Rogerson, the housekeeper, with a cleaner working at Dalton Square quitting due to apparently seeing an apparition on the top floor.

Lancaster’s Christ Church, situated on Wyresdale Road, was built between 1855 and 1857, making it 167 years old this year! It was built as a chapel for Lancaster Grammar School and the local workhouse. The church was paid for and endowed by Samuel Gregson, a local industrialist and MP.

Castle Park was once home to a row of cottages, directly outside Lancaster Castle. It was decided in the early 1870s to remove this row of buildings to improve the view of the castle, and the first clearance took place in 1873. The photo above was likely taken around 1875, sometime before the second clearance in 1877 which removed the remaining cottages visible in the first photo.

The view from Castle Hill hasn’t changed a whole lot in the last 100 years. You can see the original iron railings that existed outside Lancaster Castle which were removed and melted down to help with the War Effort around 1941. These were never replaced and examples of missing railings can be seen all around Lancaster.

This fantastic comparison, shows the main entrance of Lancaster Castle in the early 1900s compared to how it looks today. The John O’ Gaunt Gatehouse has two semi-octagonal towers that rise 20 metres above massive sloping plinths and, with its portcullis and its battlements built out over corbels, it is one of the finest gatehouses of its date and type in England. The building just visible to the left of the Gatehouse is called The Governor’s House and was erected between the Gatehouse and the Well Tower in 1788. This four-storey tower with Gothic windows and a canted front to the courtyard can be seen on the other side of the Gatehouse. The main Gatehouse was constructed in the early 1400s, making it older than even Machu Picchu!

A fantastic comparison showing Castle Park taken from the top floor of the Royal Kings Arms. Originally built in 1625 and later rebuilt in 1879, the hotel was immortalized by Charles Dickens and Wilkie Collins in their collaborative tale of “The Lazy Tour of Two Idle Apprentices”. The hotel is the perfect place to stay for anyone visiting the city, being just a short walk to the train station and an even shorter walk to the stunning Lancaster Castle.

A fantastic comparison of one of Lancaster’s main shopping streets, Penny Street. One of Lancaster’s many lost pubs, The Queen’s Hotel, can be seen on the left hand side of the photo. This is a very old street, even appearing on John Speed’s 1610 map of Lancaster. It is thought the name “Penny Street” originates because streets used to erect a stone called a “penny-stone”, marking somewhere you can purchase a tankard of strong beer for a penny! It could also refer to a place to trade cattle, possibly originating from the Anglo-saxon “Pening”, or the Icelandic “Penigr” meaning cattle. 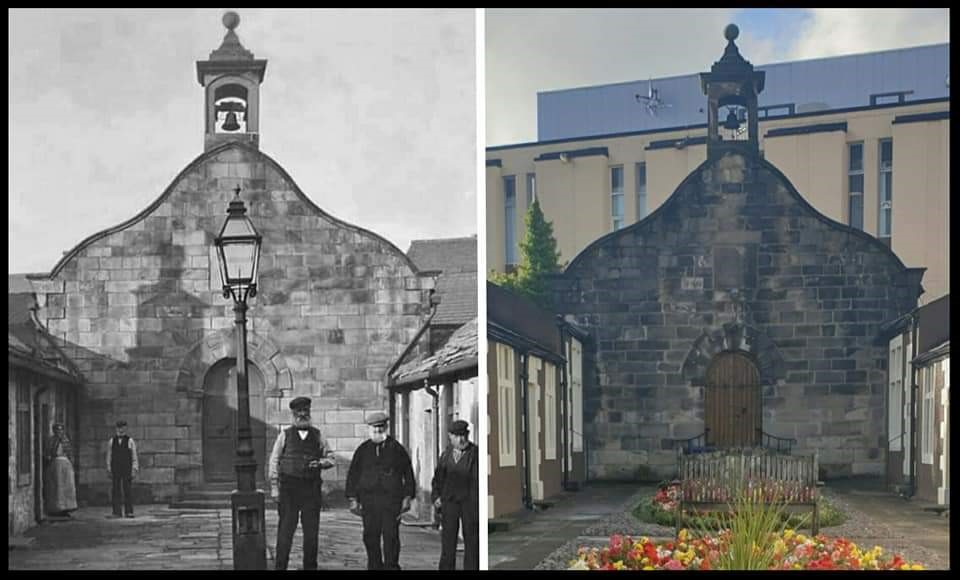 These 12 alms-house were founded in 1720 by William Penny. William Penny (1646 – 1716) occupied various positions on the Town Council and was three times Mayor of Lancaster. When King Street was widened in the early 20th century the two alms-houses nearest the road were demolished, the screen wall rebuilt in its present position, the chapel shortened, and two new alms-houses built next to the chapel. The buildings are still used to this day, now as retirement housing.

We would like to thank Phil Martin for his help in compiling some of these comparison images. You can check out his fantastic Twitter account HistoryGeek26 to learn more about Lancaster and Morecambe’s fascinating history!