Lancaster Castle, owned by Her Majesty the Queen the Duke of Lancaster, has over 1,000 years of heritage, history, justice, felony and incarceration just waiting for you to explore!

Lancaster Castle, often known as John O’ Gaunt’s Castle is one of the most historically fascinating surviving buildings in the country. Its beginnings date back to Roman times when, from its commanding position on the hill overlooking the town of Lancaster and the River Lune, it stood as a bastion against the marauding forces of the ancient Picts and Scots tribes. In later years, the Castle saw the trials of many witches, the most infamous of which being the Pendle Witches in 1612, who were executed on the moors opposite, close to where Williamson Park now lies. Prior to 1800, all executions took place on the moors outside of the city, but later executions took place behind closed doors in a corner of the castle interior known as the “Hanging Corner”, in an angle between the tower and the wall on the east side of the terrace steps. On the ground-floor of the tower is the “Drop Room” which contains relics of the many executions, and can be visited today.

Over 200 people have lost their lives in Lancaster Castle, and it will come as no surprise to hear that the castle is home to many alleged spirits. A monk with a noose around his neck is said to roam the grounds and one of the Pendle Witches, Elizabeth Southerns, is also said to make her presence felt. Some visitors have even reported a feeling of being pushed as they wander around the grounds, though with so many ghosts to choose from it’s hard to know which one is most likely to be doing the barging.

As well as being a fortification, the Castle was also Europe’s longest-serving operational prison until its closure in March 2011. In addition, its courtrooms have witnessed many famous and infamous trials over the centuries, including those of the Lancashire Witches who were convicted and sentenced to death in 1612.

Lancaster Castle is open daily from 9:30am to 5:00pm.  Entry to the courtyard is FREE, and does not require a ticket.
The Kitchen Cafe is also open every day from 10.00am to 4:45pm for teas, coffees and light refreshments.
Visitors should maintain a safe social distance at all times.
~ TOUR INFORMATION ~

For information on tour accessibility, please read through our access statement ahead of you visit, which can be found here. 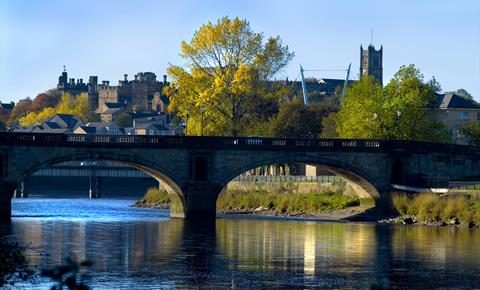 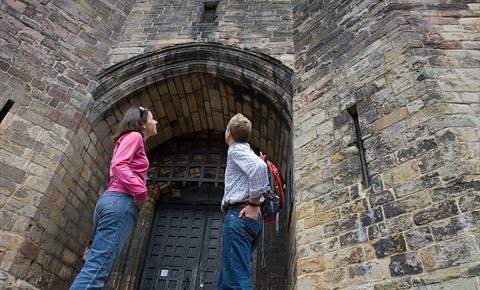 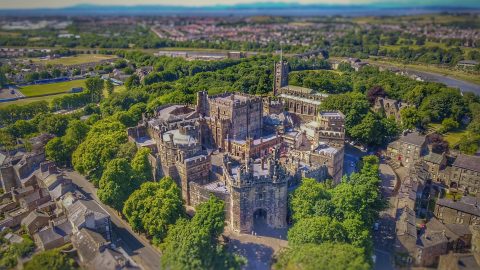 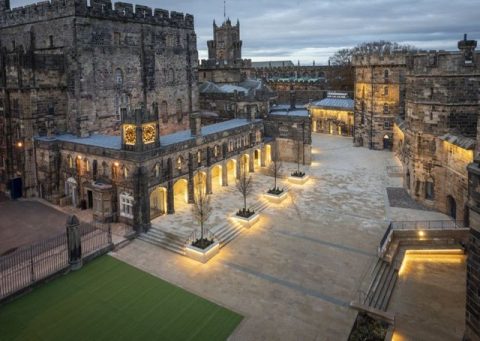