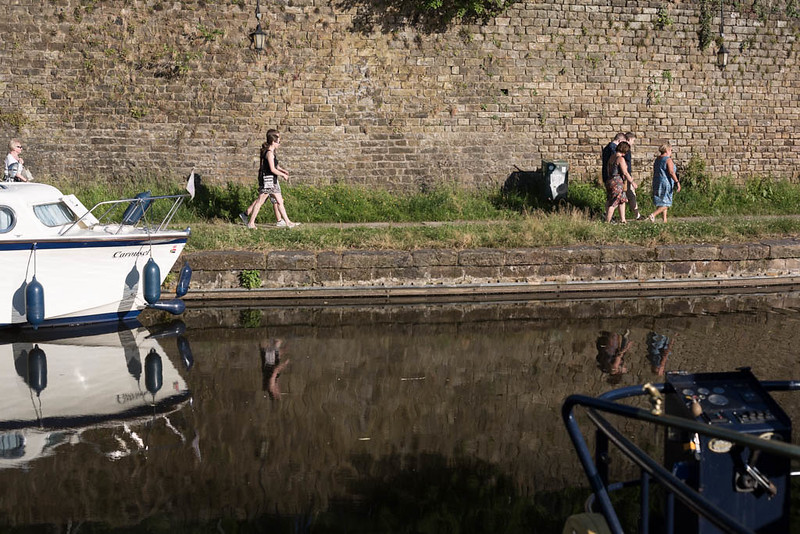 This walk is an easy short urban walk on the fringes of the city centre, looping over and under the railway line. It uses historic footpaths which pre-date some of the architecturally interesting Victorian residential areas it passes through.

This walk is part of a series of ‘Walks with Stories’ created by Lancaster City Museum.  Visit their Facebook page to discover a wealth of fascinating posts on our city’s history.

Accessibility: Largely flat and on roads and hard tracks, can be done by most wheelchair users or with a pram.

*At this time, please only do these walks if National Restrictions allow and they are your local area too*

Head away from the city centre along Meeting House Lane as it becomes Westbourne Road and enters the conservation area at the foot of the area locally known as Cannon Hill (named for the road further up that was supposedly where Cromwell’s forces launched a cannonball from NB- cannonballs have been found in the gardens of this area!). Pass by historic Sunnyside Lane on the left (we’ll be back here in a moment). Take a left down the shady Westbourne Drive with its large suburban villas which were home to Thomas Storey and Annie Helme (Lancaster’s first female mayor) in their early years.

At the end of Westbourne Drive, bear left down a short footpath which brings you out at the end of Sunnyside Lane, where it meets Edenbreck Farm. This small area has buildings dating back to the early 1800s but the footpaths themselves follow ancient field boundaries which go back many hundreds of years. Turn right and at the junction with the Millennium Orchard and ‘Piggy Lane’ (the uphill footpath) go left, passing between Fairfield Green and Fairfield Allotments. Views of the railway line and distant Clougha can be seen from this small incline.

Follow the line of the Girls Grammar Field along the cobbled back street past Sylvester Street until it meets the footpath below the railway line, turn right along the path, at the end it meets Carr House Farm and Lane (another historic farm and field boundary footpath) and head left under the railway bridge. Follow Carr House Lane until it meets Aldcliffe Road at the canal and continue in the same direction, going past the University accommodation of Chancellors Wharf. The site of the new Aldi supermarket (previously B&Q site) was once home to Queens Mill and the Rembrandt Intaglio Company (the pioneers of photogravure). Make a left down Queen St, passing by Speights fruit & veg warehouse.

Queen St marks a brief change in architecture from Victorian to Georgian but soon after take a left into Lindow Street, then Square. You’ll pass by a number of almshouses here (see Facebook post below), including a plaque to Anne Gillison, one of the early benefactors.

In an era when there was no social security safety net, those in need of relief from…

Lindow St/Sq has recently received attention due to its namesake William Lindow who married into the prominent slave owning Rawlinson family and considerably benefited from the trade, owning the land on which the streets now sit. Turn right on Regent street and in front of the listed Girls Grammar School, make a left crossing into Dallas Road Gardens.

The gardens were laid out c.1890 along with the Dallas Road houses, partly being built on an earlier, ‘Hargreaves Gardens’. There are some recent public art installations such as the 2019 Peace Pole (written in locally spoken languages Arabic, Gujarati, Chinese and English). Cross the park diagonally to Dallas Road, walk past the school and back to Meeting House Lane and the train station, passing by the Friends Meeting House; current building dates back to 1708 but has had a building on site since 1677.

For more history about the historic lanes and footpaths in this SW corner of Lancaster, have a look at another post from the city museum from last year: 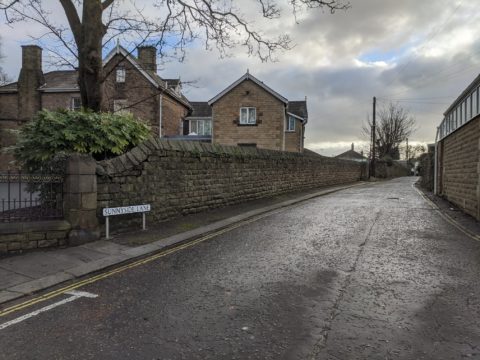 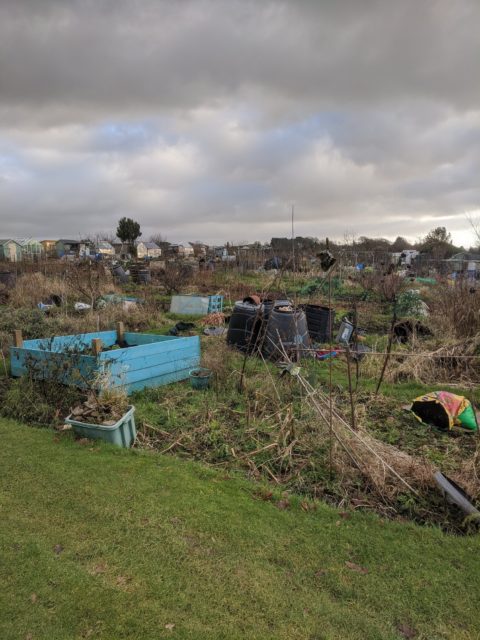 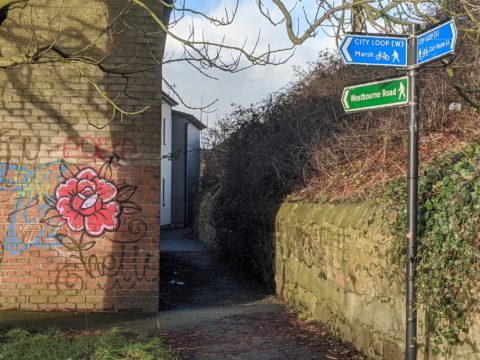 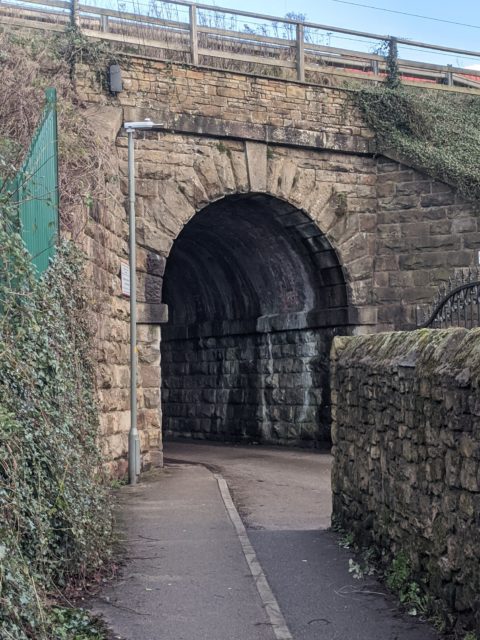 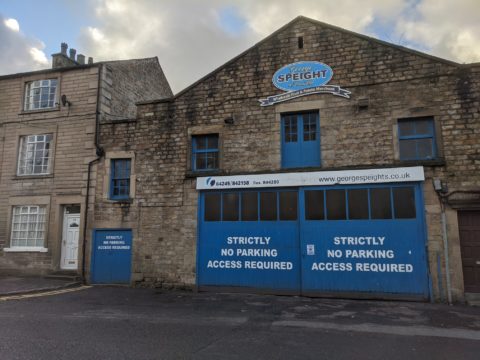 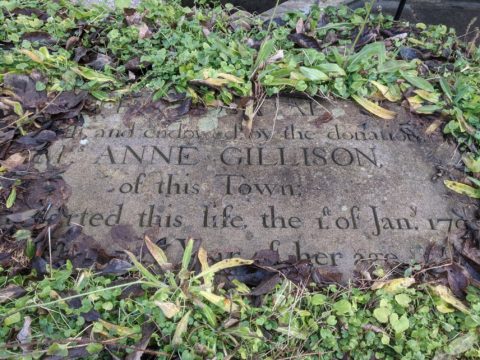 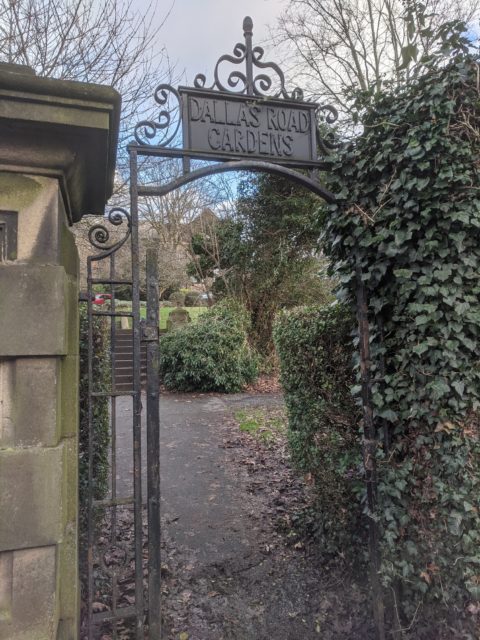 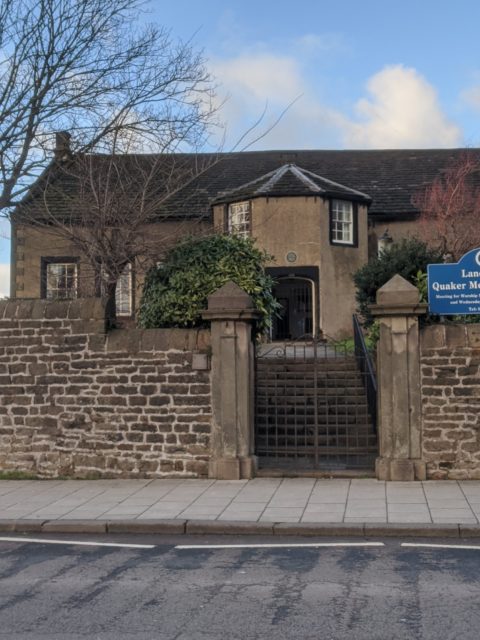